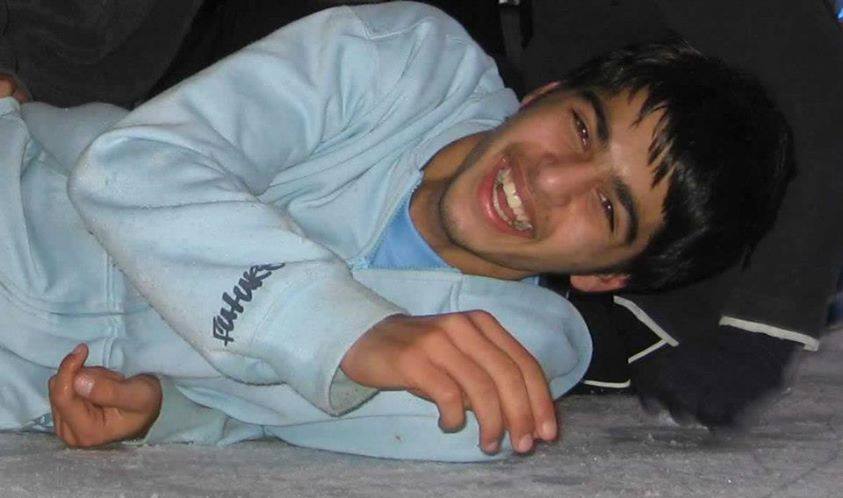 How It All Began – Meet Kumayl

Meet Kumayl, a 17 year old lanky footballer who set up Ansar Youth Project (AYP), based in the London Borough of Harrow with friends Ali and Dhamin. He tells his story of joining AYP, what happened and why he hopes to hang around for a little while longer.

OK, let me set the record straight. Writing this article wasn’t exactly my first choice of how to spend my only free evening this week. But, a certain Mohammed Sadiq Mamdani (we call him MSM for short) has “delegated” this task to me, and if I don’t accept, then I have been promised another 10 tasks instead!

My name is Kumayl, and in August 2005, I was asked by Bashir, a youth worker at Stanmore Islamic Centre, if I wanted to help out with this new group, Ansar Youth Project (or AYP for short – that’s pronounced APE not A-Y-P). I don’t know why, but I went along with it and it’s been a strange (almost life-changing) experience, cos it’s something that people who actually know me, would never associate with me! Not for the lack of wanting, but simply because I am too disorganised, as everyone has recently found out, when I’ve not completed work on set deadlines! (Bashir: the Royal Mail thing wasn’t my fault, I did it, but it must have got lost in the post)

Anyway, let me tell you a bit about AYP. It’s a really down to earth charity. We aim to help underprivileged children and young people across North-West London, and

support them in every way possible, whilst providing a friendly atmosphere to work, socialise and have fun. We also run Stanmore FC, AYP’s emerging football club (emerging is a polite way of saying, boy we need your help big time if we’re going to win a game!)

AYP was actually Bashir and MSM’s idea, and I was invited to join, with Ali and Dhamin. MSM seems to be the brains behind mostly everything (he’s already got a big head, I guess its just growing in size lol). If Bashir is scary, MSM is just crazy.

My career started perfectly, as I did not even turn up to the 1st meeting! And after a stern one and a half hour lecture on the phone from MSM, I decided that I had to turn up to every meeting after that, because I couldn’t face that much boredom on the phone again, and my phone battery couldn’t take it either! (Dhamin got the same thing, but he’s too polite to say anything).

But as time went on, I started warming to the idea of AYP, maybe it was the constant free food and drinks that led me in! I was actually nervous at first, seemingly taking on such a big responsibility, but thanks to MSM, it was made all easier to go through, with his never ending speeches! The first thing we were told was to believe in ourselves, we could do anything, if we put our mind to it. Or something like that. I told you he was crazy.

One of my first tasks, was to research a programme of workshops and courses in self-defence, graffiti art and film-making which AYP is going to be running soon. I wasn’t quite sure how to begin, but we brainstormed lots of ideas in meetings and if everything goes to plan, it should now be taking place in the Easter holidays. Ali and Dhamin were given the task of raising money and together they’ve already raised nearly £7,000. Don’t ask me how.

However, about 6 months have passed now since the 1st meeting, and this AYP-thing is really something else. I never thought that I would be able to do something like this, but as time went on, it changed. I actually wanted to do more. Even though I went through loads of problems with various tasks there was always someone there to help me, and I realised that you’re never alone.

For me, AYP is about service to others, not serving yourself. Though I must admit, I’ve had more fun recently than in a long-time. I can see why Bashir does it full-time.

Already I’ve learnt so many different skills (how to act innocent and make others pay for your food+ drink!) – I’ve gained the confidence to talk to strangers, how to do research and organise projects, and I’m absolutely loving it every step of the way! At the moment, I’m organising a fundraising trip to for people my age to climb Mount Snowdonia in Wales, and I can’t wait to go myself.

As you can imagine I’ve been on the phone to various people! It was nervous at first, I didn’t know what to say, but now after some guidance, it comes naturally! You just need to try. So much so that Ali is still scared of what to say, and wants me to call people for him! It’s also wicked, because I can brag to my friends, acting like I know a lot of people! (Half of them are Bashir’s people, he seems to know every other kid in Harrow).

On Thursday 15 December, 11:34pm to be precise, our website went up. Imran, our IT guy, has been slaving on it for days (and should I say nights?), because Dhamin only gave him a site-plan last week! But we don’t mind working hard, because we know we’re making a difference.

Next week is our launch event, 22 December, something I’m eagerly waiting for! It’s finally the time to separate the men from the boys, when we take the kids out for the day to go ice skating. And it’s a time to get my own back on certain individuals for dumping their work on me… I’ve already had Ali complaining that he is too scared to go! (Here I come, bro…)

And if I could say one thing to anyone out there, it would be to get involved in a project like this! It is honestly so rewarding, and I can’t wait for the next project which I’ll be working on! And for you guys out there who are feeling nervous or worried, or saying I can’t do this, just believe in yourself, because at the beginning, I was feeling like that, so out of place, everyone knew what they were doing, and I was completely lost! But please, please do something like this, its terrific! And guidance is always available, you just have to ask.

And I guess the best thing about this, is that we are all young people, and we can rebel, and as MSM is the senior, he gets the blame for everything, including the food bill at the end of the meals! And yes the work is fun, but it also has a huge impact on other people, which is satisfying in a way, because is makes you feel so good. I can’t really describe it in words, so go out there and try it for yourself!

And honestly, the spirit between the volunteers here is something else, it’s so much greater than relationship between friends, these guys almost become your brothers! (I said ALMOST guys, so Ali and Dhamin, don’t stick to me like glue)

Someone once said to me – if there was a film made about your life, would someone want to watch it? I thought about that, and being part of AYP has certainly helped make a few scenes. The question is, what would be in your film?

1 thought on “How It All Began – Meet Kumayl”